The Power of Concentration, Part Four: Create the Life You Want, A Hampton Roads Collection


I thought this might be the opportunity to get back to what I perceived to be the necessary way to go; namely, start with vision, and then proceed to the nuts and bolts of what was available and what needed to be created. Consequently, I proposed that we use the funds to put on what I euphemistically called a "training session" in which leadership from the region might come to better understand what was involved and how they might go about getting it done.

I was convinced that when it came to the actual planning for the future, and the collection of information, the participants themselves had to do the work. The essential rationale came from the thought that the whole project was basically aimed at creating the environment within which regional cooperation might become a reality. From this point of view, planning for the future and collecting data was only the mechanism and excuse for getting everybody together while simultaneously providing a concrete experience of doing something significant regionwide.

In more specific terms, I suggested a three-phase "training program" which would deal with: 1 A Vision of the Future; 2 Probable concrete outcomes of that Vision dollars and cents, jobs ; and 3 Creation of a plan of action to pursue all of the above with commitment gained from the participants to do just that.

I further recommended that there be few if any outside experts talking to the group, but rather that the bulk of the activity and conversation be conducted by those immediately involved. When I presented this plan to a small working group that Henry Clay had assembled, I was surprised to find acceptance, considering the fact that the plan represented a degree turn from what they had previously been talking about.

This acceptance may have been due to my eloquence or to the fact that nobody had a better plan, but I think what really turned the tide was my insistence that the participants themselves had the necessary expertise to do the job, and for sure, they alone had the self-interest to see it through.

If nothing else, this appealed to an inherent spirit of "can do individualism" which is characteristic of the region. The training session was scheduled for the fall of , on three separate days over a six-week period. The reason for this spacing was in part a practical consideration that given who we hoped might come, there was little likelihood such busy people would be free for three consecutive days, except possibly over a weekend; but considering the social life of the area, that too would be difficult. 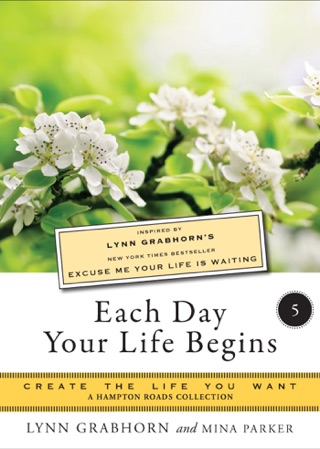 The major reason for the separation of the meetings, however, was to make it possible to hold each session in a different place in the region. Before the sessions began, there were several other pieces of important business, not the least of which was the selection of the participants. It was agreed that who ever was invited must be well known in their own area, close to the center of power if not actually part of it, and open to new ideas. The actual guest list was put together by Henry Clay with infinite care and many conversations. All told there were 42, and taken as a group, they were quite literally those people who made the region run or who would clearly do that in the future.

Each participant was personally invited by Henry Clay.


The second piece of business was to secure the involvement of a gentleman who was well known in the region, though he could not be counted as a member of the "old guard. I had heard that he was about ready to retire, and furthermore that he had every intention of staying in the region. I knew that if we ever got the whole show on the road, we would absolutely need somebody to function as executive director.

And what better choice than a four-star admiral especially if you were going to center your attention on the sea? Beyond the symbolic importance, which was real, Harry Train was perfect for the job, even though no job existed at the time I went to see him.

He clearly had the "presence of command," but of equal importance, he possessed a sense of self that could put almost anybody at ease. In addition, he was open for new adventures. It is not insignificant that upon his retirement from the Navy and before assuming his duties as the executive vice president of the organization we had yet to create, he took three months to walk the mile Appalachian Trail by himself. The first session took place in October. The site took no little time to find, but it was perfect. We used a restaurant situated right on the edge of Hampton Roads which was all glass and facing the water.

If I had ordered the day, I couldn't have done better. There wasn't a cloud in the sky, and you could see the enormous harbor from one end to the other. The ships of the world passed in review, and while we were concerned to vision the future of the region and the sea, the sea and its abundance lay at our feet. We started slowly with coffee and conversation in order to give all the participants time to meet each other and become imbued with the environment. Although most of those who came had heard of each other, many of them had never met. No matter what else happened, the gathering itself was a "first" for the region.

During the morning, my intent was to set the stage, and to do so in a way that all would find comfortable and informative. The subject was Vision, having a vision, and the process of visioning. To do this, we had three presentations which were the first and last in the three day program. The first presentation was made by David Belle Isle, then involved with strategic planning at Martin Marietta. He told what he called the "Bill and Mary Story," relating the then current takeover battle.

His point was that Martin Marietta had no vision, which essentially set them up, and left them defenseless when confronting those who did. The last offering came from Judy Ellison who had been in charge of the Congressional Office of the Future and the Colorado state planning effort under Governor Lamb. In the afternoon we got down to business. The format was an extended guided imagery.

I must confess that I used this approach with trepidation, for the participants were by no means "New Age Folks.


Of course it also had to relate to the task at hand. The actual process and images used were essentially those described in the previous chapter, beginning with "A Comfortable Place," and including "Boundaries" and a "Journey to the Future. The first image comfortable place did little more than what it was intended to do, make people feel at ease with the process. But with the second one, things really began to work. When people shared their image of a "boundary" it became clear that some were quite frightened by the edges of things, while others felt mostly challenge.

Most significant was the fact that they shared and really supported each other. In the long term, I think this particular exercise may have been one of the most important things we did, for it created a bonding experience that lasted throughout the sessions and into the main project that followed. Part of this, I think came from the fact that the language generated through the shared images constantly reappeared as the common, and to some extent secret language of the group. The last image, "Journey to the Future," was sort of the icing on the cake.

The group clearly enjoyed the freedom of going beyond the immediate problems of the region to picture and share a vision of what it might become.

There was no little bit of laughter, but also some very serious ideas expressed. The actual content was almost beside the point although we recorded the basic ideas ; the major thing was the presence of that indefinable sense of possibility. That evening we dined on a sumptuous seafood dinner what else and allowed the day to marinate in some excellent wine and cocktails well served.

By the time everybody went home, some 13 hours after the start, I felt certain that they could never go home again. For sure, not all the pieces were there, and everything was just "possibility". Again the location was superb and very important. From the windows one could look out over the enormous yard filled with the rising hulls of newborn ships and into the harbor itself. Since the subject for the day was the practicality of vision -- nuts and bolts, real live opportunities for growth from the sea -- the back-drop of this massive industrial operation was appropriate and very stimulating.

The actual format was quite standard and straight forward, utilizing a "brainstorming" process which took the participants, in small groups and large, from their vision of the preceding session to the practical opportunities. By the end of the day we had flip charts full -- more ideas than most regions could use in a millennium. The significant part, however, was not the ideas themselves but the excitement which had been generated in their production. I knew that real investment had occurred when I overheard some of the participants in heated argument as to the best way to raise capital for a special project they had just created.

It was designed to create a workable mechanism where by the whole venture might be carried forward, and simultaneously secure the commitment of those involved to whatever might happen next. In introducing the session I said, "Given the Vision as you all have experienced it, and the practical opportunities that you have identified and invented, the question is now, How do you share all this and make it grow bigger and richer?

How do you tell this emerging story to 1,, people who share this region with you, so that it becomes not just your story but our story?

We intentionally did not work out all the details of the design -- doing just that was the business of the day. To heighten the interest and build the dynamics, I intentionally appealed to the normal competitiveness of the area by dividing the group in two, and assigning each group the responsibility of considering the design and then either modifying it or coming up with something totally new which would accomplish the purpose.

I asked Bill Mayer to chair one group and Admiral Train to take charge of the other. We allowed both groups to work for four hours, during which time they discussed, modified, invented and changed. At we called everybody together, and each group presented their ideas to the other.

The similarities of approach were obvious, but the differences were most useful, and it was apparent that each group was quite heavily invested in the way it had chosen to go. For several hours we negotiated and discussed, literally creating the design as we went.


To aid in the process, I had invited Jim Channon, who has a marvelous ability to capture a group's thinking in graphic terms on what he calls "monster-grams" 30 foot long piece of butcher paper stuck up on the wall. As the group talked, the picture of who they were, what they might become, and how they proposed to get there all emerged on the wall. By it was all done, except for one very important piece.

Would they really do it, was the commitment there?